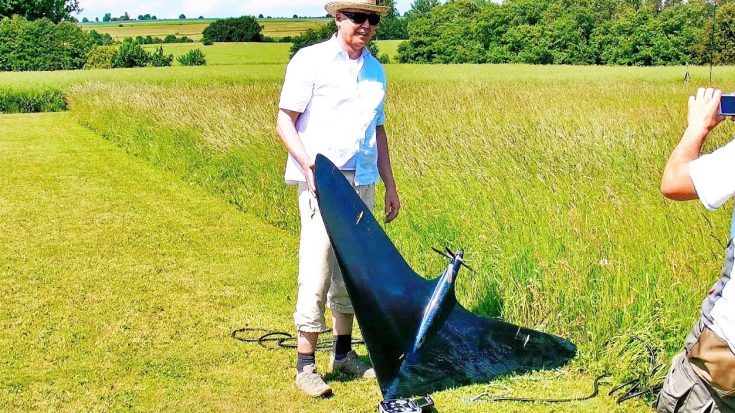 The YouTube channel RC Media World just uploaded another professional video of a really rare World War II aircraft that never saw the light of day. It was called the Horten H. XVIII and it would have been one of the most innovative bombers of the time.

The Horten brothers are the designers behind other bombers such as the Ho 229 as well as other flying-wing type aircraft. Most of their work was conceptual, but it did inspire future generations of bombers such as the B-2 Spirit, the United States’ primary stealth bomber.

A man by the name of Steve (according to the YouTube description) was able to get his hands on some Horten H. XVIII plans and decided to build an Rc model of it. It flies spectacularly to say the least.

Here are some of the specs of this remote controlled aircraft:

Because of its low profile, the real bomber would have been able to reach speeds up to 510 mph. Oddly enough, the Rc in this video can hit up to 225 mph, which is beyond impressive.