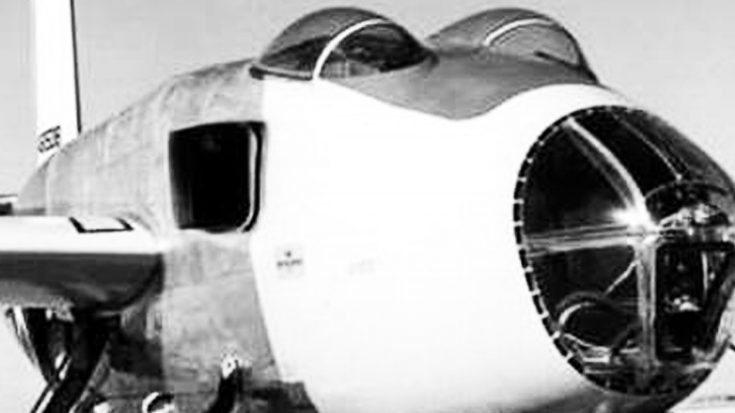 Meet the Douglas XB-43 Jetmaster, the first American bomber that was jet powered. With the jet-age in its infancy in the 40s, this new technology had to be tested on all sorts of platforms in order to see what was most efficient. Propeller powered aircraft were outdated as soon as the first jet flew in the sky as their speed could never be matched by conventional radial or inline engines.

Speaking of which, the XB-43 was actually a pusher type propeller aircraft. The test bed was Douglas’ XB-42 (pictured below), which was also an experimental aircraft. It was first developed in May of 1944 and was never fully researched as the war ended and there was no need for it.

The USAAF leaders started demanding the next era of aircraft so the XB-42 was refitted with early J35 powerplants and simply redesignated the XB-43. After rigorous testing, one of which ended with an engine exploding and damaging the fuselage, the USAAF deemed a jet bomber a viable option for the future.

Although they weren’t produced in numbers, the XB-43 was instrumental in developing procedures for the next generation of bombers.