Rc Ju-52 Has Engine Trouble And Ends Up Smashing Cars 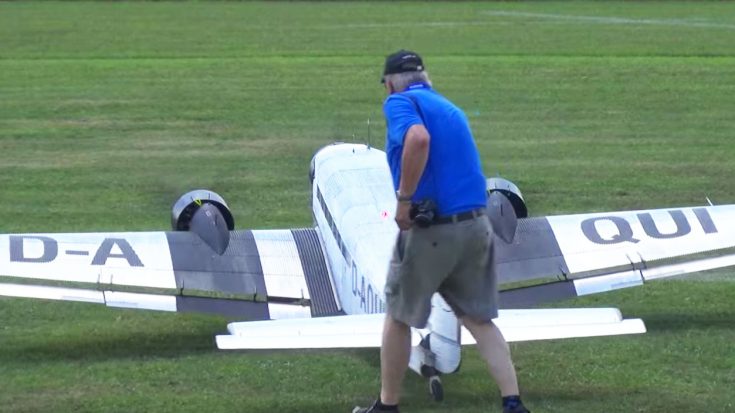 Check Out The Full Flight And Crash At The Bottom Of The Article.

The world of Rc flying is a great one. You get to choose your favorite plane, build it yourself if you want to which is a whole project on its own, and then have fun flying it. That is, of course, until you crash it and you most likely will. Any Rc pilot will tell you that the day will come. It’s just a matter of when.

In this case, the pilot whose name we don’t know got himself a Junker Ju-52. This German plane which was introduced in 1932 is a trimotor transport aircraft which was used extensively during World War II. It’s three engine configuration and corrugated duralumin metal skin makes it quite a unique plane and a few of them are still used today. The build itself is massive too, even for an Rc plane. That day, however, he sadly lost it.

You’ll see the crash in the video below, but a YouTube spectator who was there that day explained what happened. Here’s the short version.

The pilot apparently didn’t like his landing approach as he was coming in a bit too fast. He decided to do another go around and try again, but while kicking up the throttle his middle and right engines stalled. The plane pulled right and he didn’t have time to recover.

You’ll see the result at the end of the video.