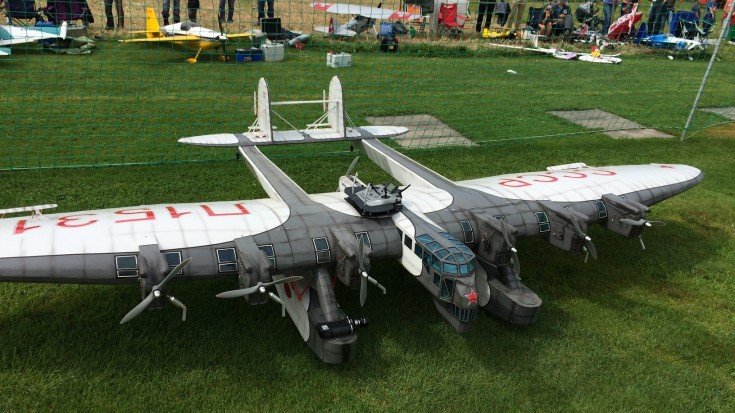 Building This Rc Was Definitely An Interesting Choice

Meet Thomas Minder, a Swedish Rc pilot who has decided to replicate one of the rarest planes in the world. The Kalinin K-7 is so rare in fact, that its existence was made public not too long ago. For one reason or another, this guy decided to pay tribute to this ill-fated machine, and we’re certainly glad he did.

Passanger seating in this aircraft was located inside the wings which were over 7 feet thick!

Designed in early 1930s by Konstantin Kalinin, this mega plane was meant to be an experimental aircraft meant for both civilian and military use. Its wingspan alone was over 170 feet long, holding this record until the B-52 Stratofortress came along in 1952. To get this 54,000 lb. off the ground, 7 engines were used however, that wasn’t enough. During its 8th test flight, massive vibrations jeopardized the structure of the plane, causing it to crash. Although two more prototypes were ordered, they were cancelled right in 1935.