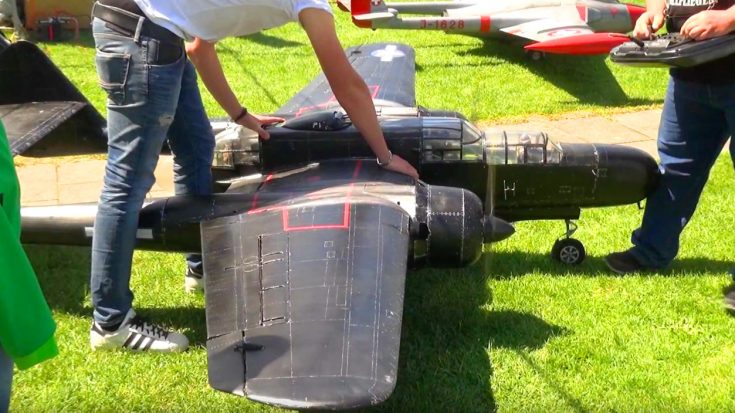 The Northrop P-61 Black Widow was the definitive night fighter during World War II. It’s sleek frame and dark color scheme made it ideal for catching enemy aircraft off guard during night missions. Such an amazing plane earned a very dedicated following so it makes sense why it would get the treatment as a remote controlled plane.

Not many P-61s were built during WWII, only about 700 of them entered service. Black Widows fought night combat missions in just about every theater of war, beating out German fighters it encountered but entered the Pacific theater too late to have an impact on the Japanese fighters.

There are only five surviving P-61 Black Widows and none of them are flyable, and footage of them in flight is ever rarer. So the next best thing to seeing a real P-61 fly is having an RC model do the job. This huge RC P-61 Black Widow really soars among the mountains and gets the crowds going in another amazing video from RCHelijet, check it out.