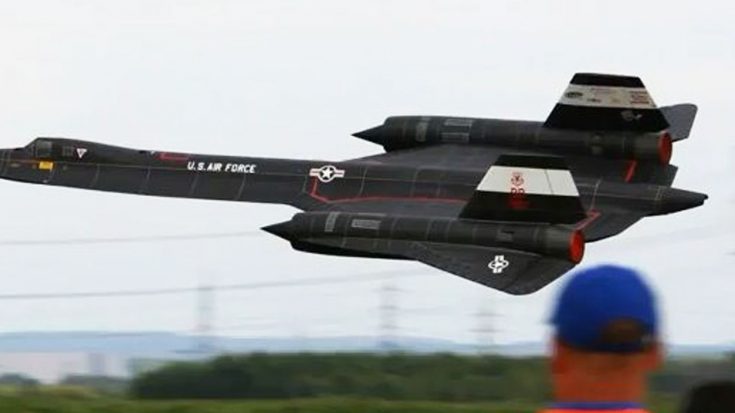 So Fresh And So Clean.

A couple of months ago we found a really awesome RC Sr-71 that was slightly bigger than this one, but it was filmed back in the late 90s. Although an awesome achievement, you couldn’t get a full sense of the build because of the graininess of the video and the choppy sound. Here, we found something else.

You’ve got to hand it to people who really love their craft. This guy, Lothar Heinrich, is one such man. Not only did he scratch built this SR-71 Blackbird, he flies it like a real pro too. On top of that, someone recorded his model and flying with a really nice, modern camera. We don’t get a lot of that.

This model has a wingspan of 97 inches, is 177 inches long and weights almost 78 pounds.

We did some digging around and found out some neat info about Lothar and his SR-71. It took him almost 10 years to build from scratch. That’s impressive onto itself right there. As for the construction, it’s made from balsa and plywood with fiberglass cloth. Resin was used to get that nice, glossy finish.

He didn’t stop there though. If you’re going to do something like this, making it the best you can is key. To add to the realism, he added super bright LEDs that he placed in the exhaust giving an impression of afterburners going off. How sweet is that?