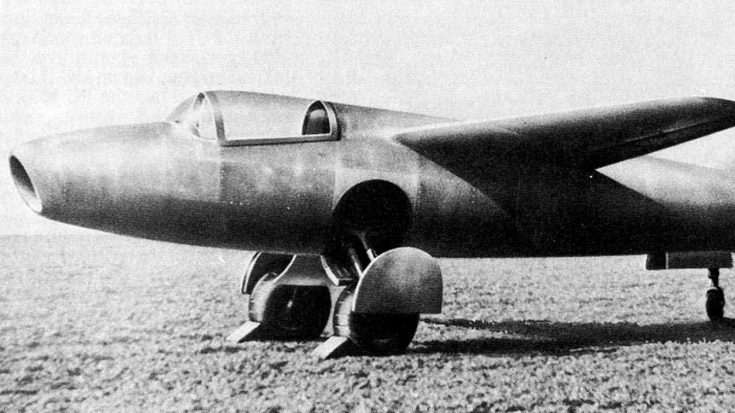 The birth of the turbojet changed the world in many ways, from travel to warfare. It’s hard to believe that such an incredible and innovative invention had its origins in Nazi Germany. There is a tendency to think of the Messerschmitt Me 262 as the first operational jet, but it was the first actual jet was the Heinkel He 178.

The aircraft was designed by Ernst Heinkel in 1939 despite major opposition from the German Ministry of Aviation. Ernst Heinkel teamed up with Hans von Ohain who had recently created the first operational jet engine. The plane successfully integrated the jet engine and began a test flight on August 27, 1939.

Test pilot Flight-Captain Erich Warsitz set off in the He 178 and reported back with nothing but praise for the jet. Flight-Captain Warsitz’s highest compliment was the lack of excessive vibration often experienced in propeller-driven planes. The main problem with the He 178 is that is burned fuel so rapidly that it could remain airborne for a period of ten minutes. The Ministry of Aviation resisted the positive results of the He 178 because they had their own plans for jet-technology.

News of the He 178 becoming the first successful jet-powered aircraft was short lived when Germany entered WWII less that a week later. The research was slowed on German jet research when Willy Messerschmitt warned Hitler about the excessive fuel consumption of jet engines as opposed to propellor aircraft. So the He 178 remains an experimental relic of its time, film of its flight can be seen in this clip.