How Would You React If Faced With The German MG-42 Machine Gun? 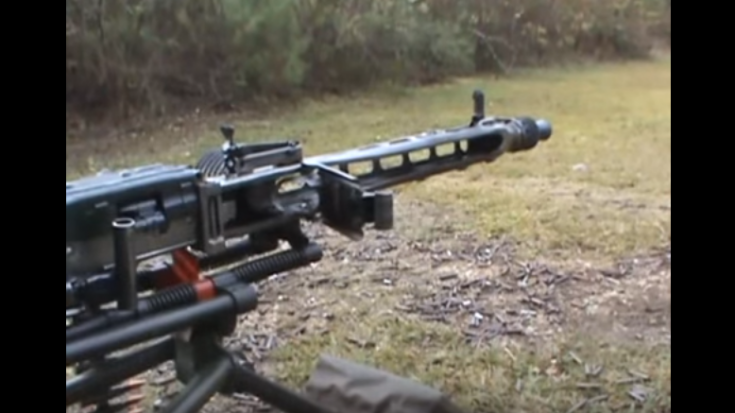 Common sense dictates that you should run for your life – go as fast and as far as you can. But for the purpose of satisfying our curiosity, here’s the kind of view you’d see if you had to face the legendary MG 42. After all, it didn’t get its bad ass reputation for nothing. It has a proven record of ease of use and operation, simplicity and durability but most of all, it was well-known for its reliability.

Fun Fact: The MG 42 was designed to replace the recoil-operated air-cooled machine gun Maschinengewehr 34 or MG 43 which was more expensive. Also, while the MG 43 was a real fine weapon, it took a long time before it can be produced – not exactly the best option during war.

The MG 42 was highly effective in the battlefield which is why it become well-loved by its users and of course, eventually earned the respect of its opponents.

You never want to find yourself on the receiving end.