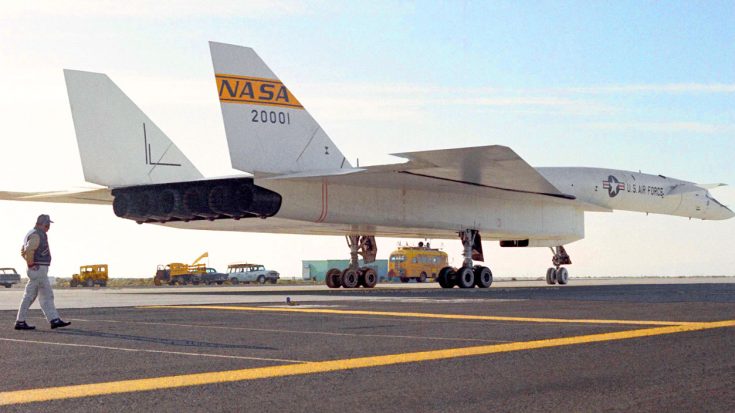 The XB-70 Valkyrie is a thing of beauty with its exotic design, supersonic speeds and stellar combat performance. Despite all the positive aspects of this amazing bomber, it was never given a real chance and the program was canceled. Many attribute the cancelation of the Valkyrie to a midair collision but that is not the true cause.

To promote the new supersonic bomber, General Electric set up an aerial photo shoot with two XB-70 Valkyries. One of the fighter jets participating in the photo session came to close to the wing of an XB-70 causing it to crash. This crash was well documented, but they still had one perfectly good Valkyrie so why was it never used?

The Soviet improved their defenses with the introduction highly effective surface-to-air missiles which could destroy high-altitude aircraft. Unfortunately, due to the heavy loss rates of high-altitude bomber aircraft such as the B-52, it was proven to be far too great a risk. In the end, it was not worth sending in an expensive Valkyrie only to have it shot down by a missile, thus the reason it was canceled.