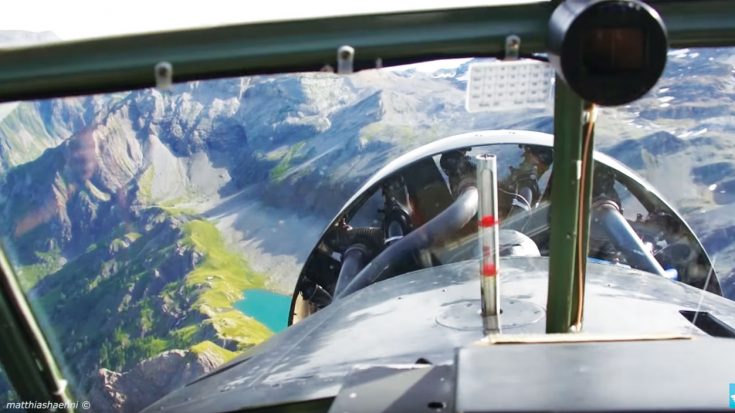 We might get some heat for this because it’s just our opinion, but the Ju-52 was probably one of the ugliest planes to make it from the drawing board and into production.

Although not a World War II era plane per se as they took flight for the first time in 1930, they were used as bombers during the war. Originally transport aircraft used by the Luftwaffe, some were converted to bombers and were actually used during the bombing of Warsaw.

There are only 8 airworthy examples of this rare plane around the world and four of them are operated by the company you’ll see in this video.

JU-Air is a Swiss company which gives sightseeing, charter and adventure flights to their customers. Although the plane might not be much to look at from the exterior, flying in one is still quite an experience. Also, their flights cut through the Swiss Alps, so you’ll be flying in a historical airplane through one of the most beautiful parts of the world. At that point it’s a win-win.