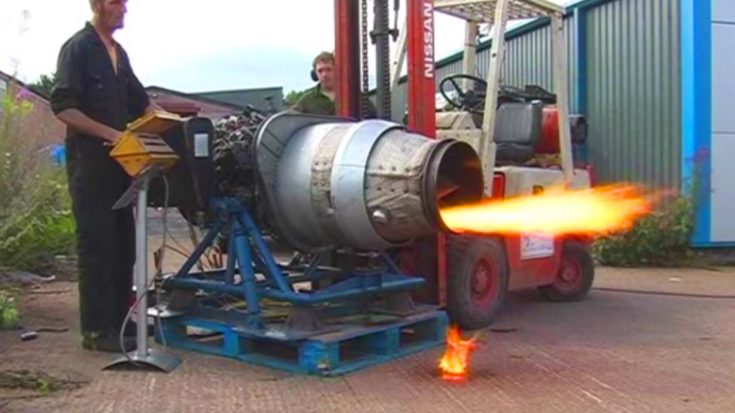 Engines are cool, engines are powerful and there is just something that compels us to see them in action. However, some people like to get a better view of these powerhouse engines in action. Here we have a Rolls-Royce Viper engine in a makeshift setup by some would be engineers. The Viper is not as big as other jet engines because it was used for drone aircraft.

“The Viper Turbojet was designed in the early 1950’s by Armstrong Siddeley as a cheap expendable engine with only ten hours expected lifetime to power the Australian Jindivik target drone (still used today as a remote controlled target tug), it entered service in this capacity in 1953.”

Clearly, this engine was meant to be disposable and not for long term use. So get a front row seat to these backyard engineers as they rig up this viper engine and give a go. Gotta warn you, this gets pretty damn loud and parts of the engine may or may not start melting when it is on full blast.