RP-39 Airacobra Firing Its Cannon Through The Nose 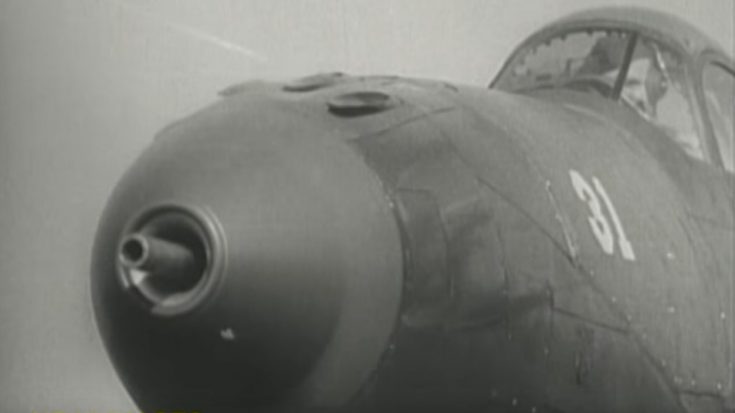 The Russians Made Good Use Of This Plane.

How many of you could say that you’ve seen a P-39 Airacobra fire all of its guns? And we mean ALL of its guns. We’re guessing that not many of you, but we have you covered with this neat video.

P-39 Airacobras were American-made fighter planes designed by Bell Aircraft. They were first tested in 1938, introduced in 1941 and almost 10,000 of the were made during World War II. Although they had much promise, some of their shortfalls and the advent of new and better fighter planes made them less used. The Soviet Union who leased them, however, used them for low-level attacks and scored many kills against the Luftwaffe.

The Soviet Union scored the most kills out of every American made plane which fought in Europe.

As for guns which you’re about to see, the Airacobra had one 37 mm cannon mounted in the nose hub. Also, earlier versions had 4 .50 caliber Browing M2 machine guns on the top of their noses and shot through the propeller in synchrony.

The only thing that could have made this video better would be sound. Those 4 machine guns and middle cannon probably echoed for days after being fired. Pretty great footage though.