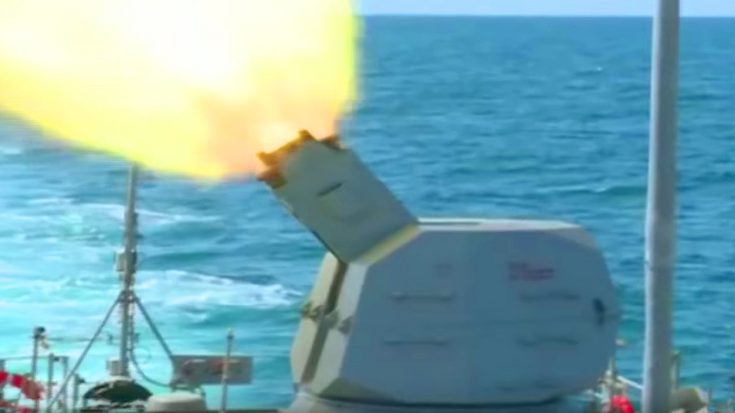 The United States Navy has some impressive weaponry in their navy but they aren’t the only ones dressed to impress. The Russian Navy has a few nasty tricks up their sleeves when it comes to naval combat. One of the most lethal weapons in their navy’s arsenal is the Kashtan CIWS combat module.

Russia’s Aircraft Carrier the Admiral Kuznetsov and their Kirov-class battlecruisers are all armed with Kashtan CIWS weapon systems. These advanced combat modules are able to fire off over 10,000 rounds per minute as approaching targets.

“Most typically deployed as a combined gun and missile system, it provides defense against anti-ship missiles, anti-radar missiles, and guided bombs. The system can also be employed against fixed or rotary wing aircraft or even surface vessels such as fast attack boats or targets on shore.”

The Admiral Kuznetsov may be an old carrier but is does have eight Kashtan CIWS modules installed onboard for protection. Talking about this thing only does so much, but seeing it in action will do it justice. Check out this video of the Kashtan CIWS on the high seas and witness its destructive firepower.