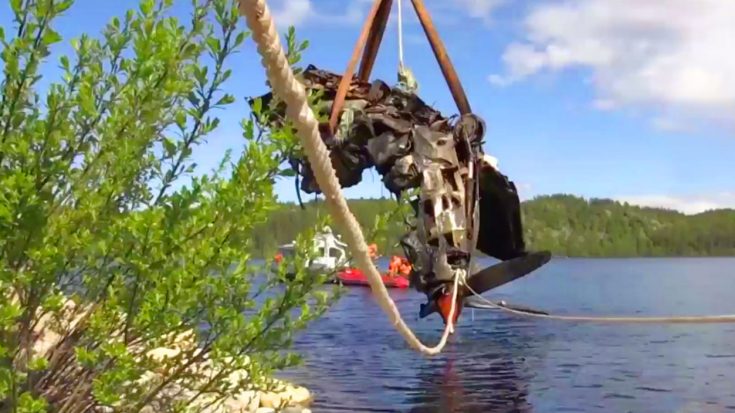 There is much that can be said about the P-39 Airacobra because it was a very innovative fighter. The P-39 claimed more kills in Eastern European aerial combat than any other fighter. On March 6th, 1945 a Bell P-39 Airacobra met its end in a Russian lake, but now it is breathing the air for the first time in 72 years.

It might seem odd to find an American fighter so far out into Soviet territory, but P-39 Airacobras were sent to Russia under the lend-lease act to combat Nazi Germany. The P-39 was an innovator in the realm of aerial combat, featuring the first tricycle undercarriage as well as an engine behind the cockpit. The key weaknesses of this fighter were its lack of ability to reach high altitudes and difficult to steer.

As the story goes this Bell P-39 malfunctioned due to pilot error and crashed through 2 feet of ice and sank to the bottom of Lake Schuhe. The ice has broken up so now salvaging crews can successfully bring this plane to the surface and hopefully begin a restoration effort. See the rebirth of this legendary fighter as it sees the light of day for the first time in over 70 years.