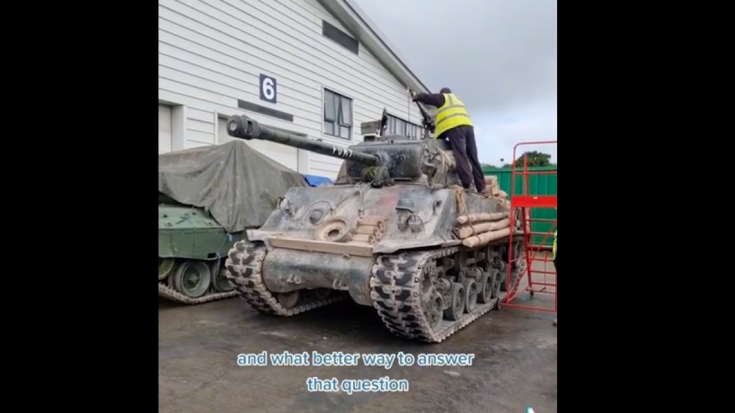 The Bovington Tank Museum’s M4A2E8 was the same tank used in the 2014 movie, “Fury”. In the film, the tank played the part of the more common M4A3E8, which saw extensive use in North Western Europe near the end of WWII.

Moreover, this M4A2E8 was actually driven by two staff members of the Tank Museum during filming. Inside, you’ll see an autograph of Owen Thornton – the associate producer, and some of the cast.

The tank is fitted with the General Motors 6046 12-cylinder inline twin diesel engine, an HVSS suspension, and an improved 76mm gun. It also had a crew of five: a driver, co-driver, commander, gunner, and loader cramped inside the tiny space.

Britain was one of the primary users of the Sherman in WWII, just not with this particular variant. Nevertheless, it sports a British flag since the museum is based in the UK.