Skyraider And Mustang Show Off What They’re Made Of 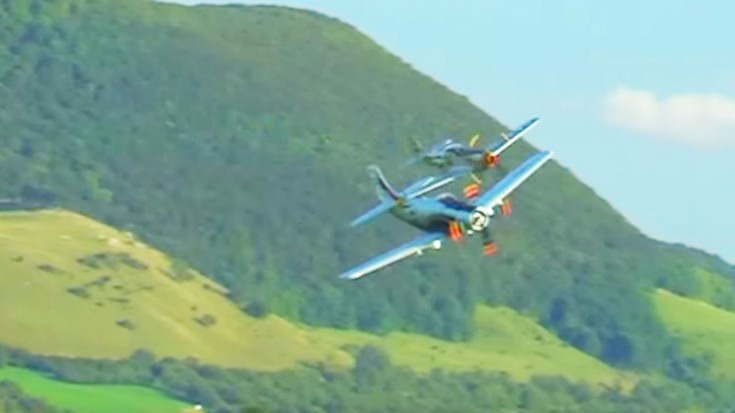 Did You Ever See Both Of These Birds In The Air Together?

This awesome duo was captured in Germany in 2009 at the Hahnweide Oldtimer Air Show. This is the biggest airshow held in Germany and happens twice a year. Starting out as a small gathering in 1982 with a couple of glider enthusiasts, it has grown to host over 350 vintage aircraft. These aircraft owners are actually selected from a multitude of applicants, as there are too many interested owners to fit into the airfield.

The Hahnweide Oldtimer Fly-In is the biggest airshow in Germany and is considered one of the best airshows hosted in Europe.

Lucky for us, a spectator captured some great high quality footage of a Skyraider and Mustang flying in close proximity. To say it looks spectacular would be an understatement, as it’s really rare to see these two warbirds side by side like that. Also, the video features a few splits where you’re focusing on the Skyraider, while the Mustang cuts through with a screaming whistle. Just awesome!