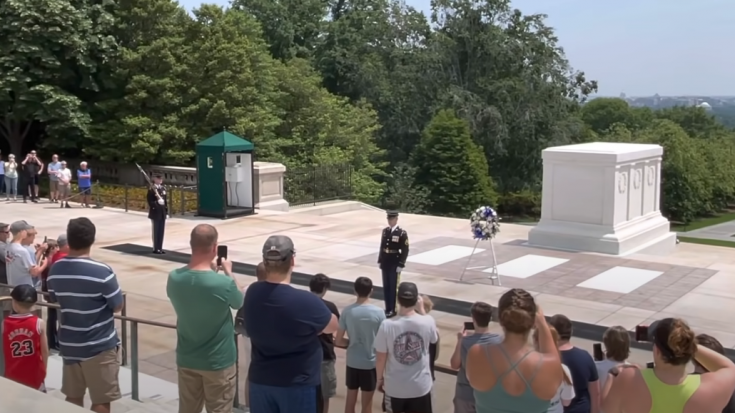 Witnessing these Tomb Guards do their routine is a privilege. The changing of the guard is an intricate ceremony. During the ceremony, a Relief Commander initiates the replacement of the old Tomb Guard with a newer one.

The Tomb Guards, also called “Sentinels”, undergo rigorous training. This is done right after the interview and two-week trial. During the trial weeks, aspiring Tomb Guards are expected to memorize seven pages of the Arlington National Cemetery’s history. Only after passing the trial will they be allowed to partake in the first phase of training.

Due to the nature of this job, the Sentinels leave no room for error. No amount of disrespect will be tolerated and they expect visitors to follow the rules. Looks like this person did not get the memo.