Someone Edited This ‘Saving P. Ryan’ Scene And We Almost Lost It 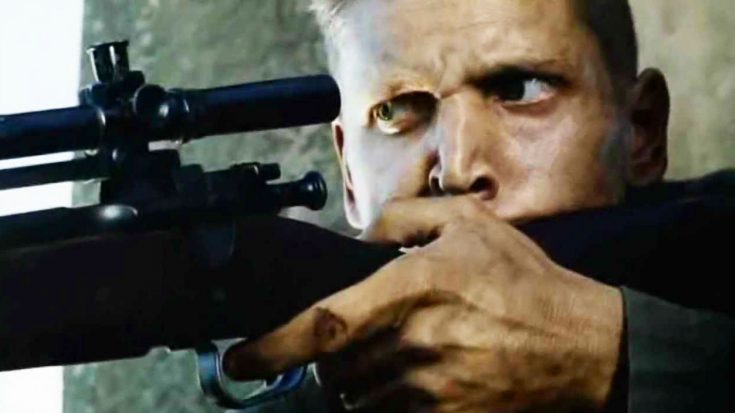 We Thought It Was Impossible Too, But It’s Not.

We don’t often do clips that are funny, as the topic of World War II is a serious one, but we do peruse the internet way too much sometimes. It’s almost unavoidable to not find really, really stupid stuff online, but sometimes you get a nice surprise. Although this is unrelated to World War II planes per say, we figured we’d share it as we got a pretty good kick out of it. We hope you do too.

You all remember Private Jackson from Saving Private Ryan, right? The sniper guy to whom God himself gave the ability to rid the world of Nazis. Ring a bell?

At the end of the movie he makes himself a nice sniper’s nest on top of a tower and picks off Nazis by the dozens, fearless as he was throughout the movie. He meets a pretty sad end but does some damage beforehand.

Now, imagine this intense scene except…funny. We know, we know. This might be stupid for some, but someone took a bunch of “fail” videos of people falling and edited Private Jackson into them, making it seem like it was his doing.

Just watch it. It’s hard to explain, but we were dying laughing over here.