Spitfire Pilots Had An Amusing Method Of Intercepting Flying Bombs 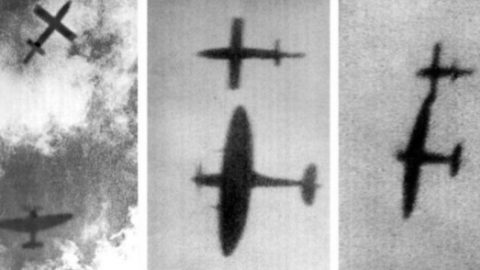 Towards the end of World War II Germany was on the losing side, so desperate times called for desperate measures. This allowed some of Germany’s greatest minds to create innovative technology in an attempt to drive back the Allied Forces. Among those innovative weapons was the V1 Flying Bomb, which was deadly but Royal Air Force pilots found a way around it.

The V1 Rocket was designed by Robert Lussier who would later go on to work for NASA’s Jet Propulsion Laboratory program. But during WWII, he lent his scientific genius in jet technology to creating weapons to fight against the Allied Forces. The V1 bombs were designed with an internal gyroscope allowing these rockets to fly from Germany all the way to London to blast targets. They weren’t exactly the most precise weapons and they did have a weakness that Royal Air Force pilots began to exploit.

When a V1 Flying Bomb was detected, Spitfire pilots would move to intercept. However, they wouldn’t bother wasting ammunition they would use another method. Spitfire would simply move closer to the V1s, tap on its wings and throw its gyroscope out of line. Flying bombs were never the most effective weapon for  Germany, but they used everything they could.

This video clip shows a demonstration of Spitfires intercepting the V1 Flying Bombs over Great Britain.