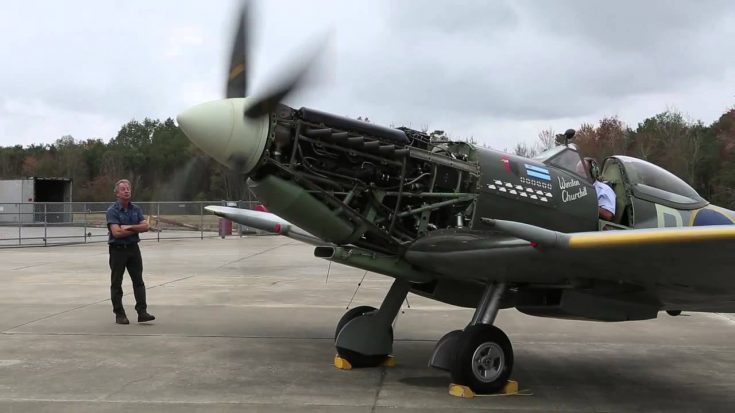 January 12, 2015, marked the first time Fantasy of Flight’s Spitfire Mk XVI did its first engine run in 17 years. The aircraft did surprisingly well – its engine started up after a few tries, and we heard its famous Merlin roar again.

Restoration for this 1945 Supermarine Spitfire began in the 1980s. Its guns, cannons, gunsights, and working radios were all reinstalled, making it the most originally restored Spitfire in the world.

However, there was an anomaly on the landing gear bolts after it was transferred to Fantasy of Flight in 1995. It took several years to get the bolts until it just sat there as they moved on to other things.

Lucky for us, they’ve decided to finally get back on it. Watch the next part of the video below to see it start up and taxi.