Step Inside ‘US Car Number 1,’ The Bulletproof Train For Presidents 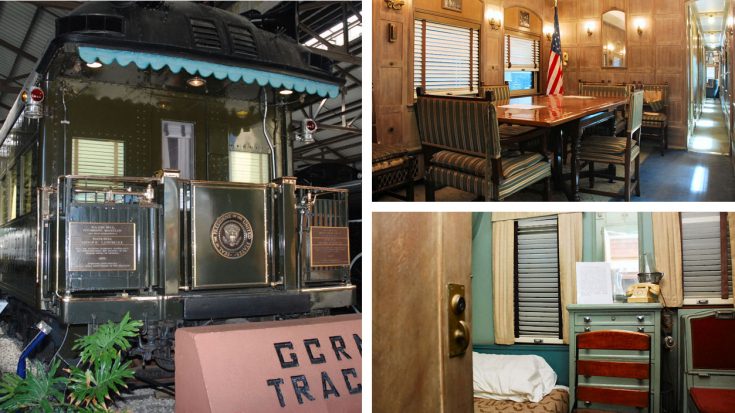 Nowadays, the presidents of the United States travel in comfort by air or when on the ground by a limousine called “The Beast.” In the days of old, however, presidents’ travel time took a bit longer and was certainly bumpier.

The Ferdinand Magellan, commonly known as U.S. Car No.1, has served as a Presidential Rail Car from 1943 to 1958. After that, Eisenhower became the first president to have “Air Force One” at his disposal, but before then it was all railroads to get from point A to B.

The design of U.S. Car No. 1, however, was quite accommodating. Starting off with the fact that all the cars were bulletproof (including the windows), the train had four bedrooms, a bathroom with a shower and bathtub, a dining room and an observation lounge. All the tables and shelving were made out of mahogany and the cars even had a crude air conditioning system which inner workings will be explained in the video below.

The rail car is now at the Gold Coast Railroad Museum in Miami-Date County, Florida and has been declared a national landmark. You can visit it 7 days a week but you can also check out the entire tour of it in the video below.