TBF Avenger Takes Off Using JATO For The First Time 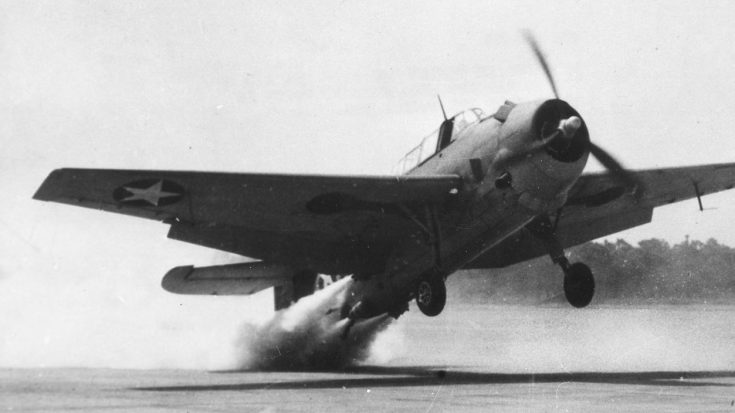 Aviation technologies during World War II experienced a major explosions. With air superiority at the top of every country’s list, making a faster, more lethal plane was the ticket to winning the war. That’s why in just a few years we went from propeller driven planes to jets. There were also rockets involved between that time however.

One of the most prominent planes to use JATO was the C-130 Hercules which for a limited time included the Blue Angels’ Fat Albert during their airshows.

JATO, or jet-assisted take-off, is a means by which a plane takes off faster than usual by triggering rocket boosters when still on the ground. The Germans have been fooling around with the concept since the 1920s but it wasn’t until 1941 that the U.S successfully tested the idea. The idea was then taken into consideration by the Navy as their planes had to take off from short carrier decks.

In this footage, you’ll see a Grumman TBF Avenger blasting off using these little JATO bottles, shortening its run by 30 to 60 per cent. That’s not bad considering you can take off faster with a heavier load.