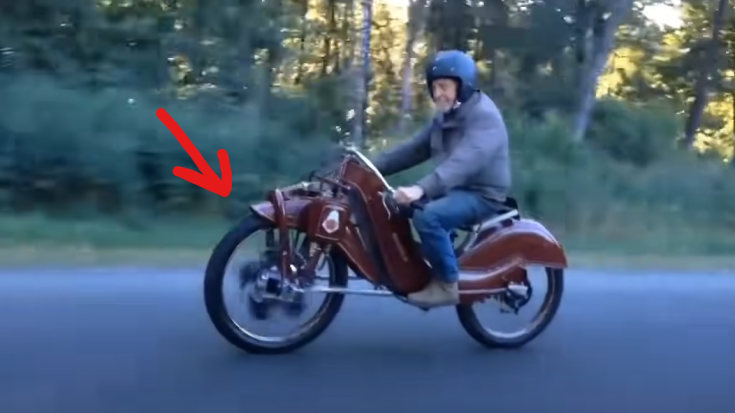 Guaranteed, you’ve never seen anything like this before. And anyone who says they don’t want one of these is lying, we all know what we’re asking Santa this year. Clearly, these are not your ordinary bikes. The first one is a Megola 1921 – a German motorcycle with a rather unique design. The said engine is mounted within the front wheel. Produced from 1921 to 1925, around 2000 of these were made and sold.

The next two bikes are a Verdel 1912 and a Peugeot motorcycle. These are rarities and it pretty much shows. The sheer beauty, the incredible sound – we’d love to see these bikes in person for sure.