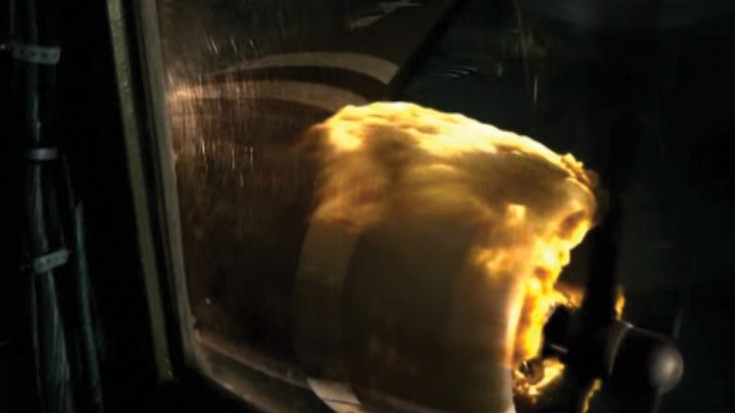 This Scene Sums That Day Up Pretty Well.

There’s really no way to know exactly what it was like to be flying into Normandy as a paratrooper. We’ve read the books and heard the stories, but you can’t imagine the smell of flak exploding as it took down planes around you. You can’t really experience the rapid heart rate as you simply did not know what to expect. The TV show Band of Brothers however, brought us a little closer to that.

This 10 episode show was around for over a decade now, but each time you revisit it you still get choked up. Produced by Steven Spielberg and Tom Hanks, it follows the story of “Easy” Company of the 101st Airborne Division. Working with veterans who were there, this collaboration has shown us some of the most realistic depictions of what it was like to fight during World War II.

Although all the episodes are noteworthy in our opinion, this particular one stands out the most. Right before US troops landed on Normandy Beach for D-Day, 13,100 paratroopers dropped in behind enemy lines the night before.

In a single night on June 6th, 1944, twenty one C-47s were shot down. This is what the clip we pulled up will depict. These kind of losses would never be acceptable by today’s standards, but it was World War II, and that’s the history we’re trying to keep alive.

We want to thank all the veterans out there for their sacrifices.