The Tremendous Power Of A M18 57mm Recoilless Rifle 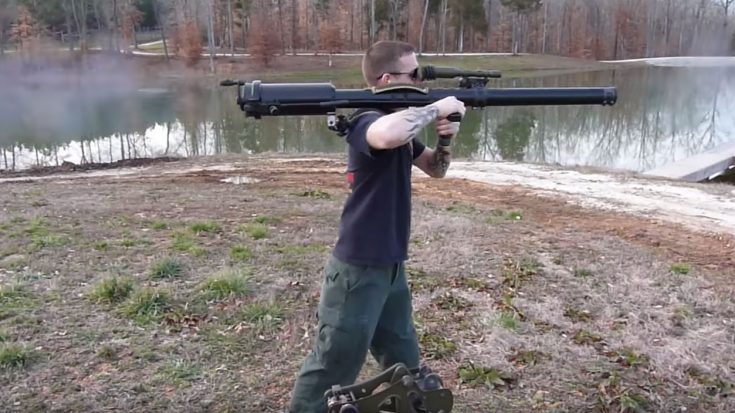 World War II saw ever-increasing innovation when it came to both aviation and weapons in general. From birdcage to bubble canopies on planes to weapons becoming more sophisticated, everything became more user-friendly and more effective.

Afer capturing a German 10.5 cm Leichgeschutz 40, the United States started thinking of making a shoulder-fired weapon to use against tanks. A few years later in 1942, Kroger and Musser came out with the M18 57mm Recoilless Rifle. It went into full production in 1944 and was used until the 60s.

The great thing about this weapon was the fact that it could be fired from the shoulder or from a prone position and do so with virtually no recoil. As you can imagine, that’s quite impressive when firing 57 mm round. Also, if necessary, it could be manned by a single soldier although two made it most efficient.

As for this video, the man firing the rifle customized it to be used with a .50bmg sub-caliber round. A bit bigger, it packs quite a punch. He will show you how the entire thing is assembled and then fire it from various stances. As an added bonus, he fires it at night too which looks really cool.