The Unusual Uses Of P-38 Lightnings 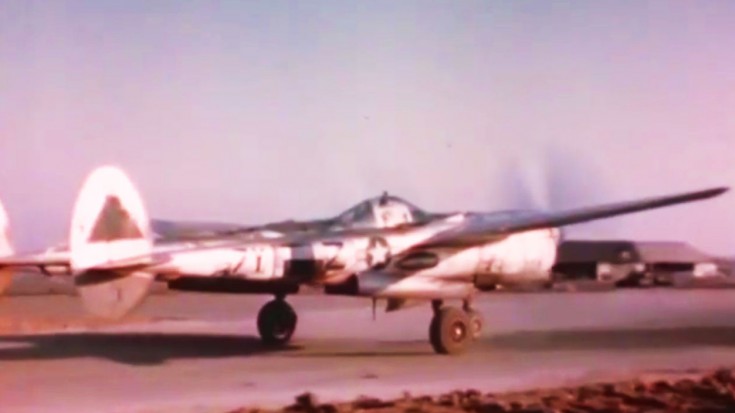 Duel In The Sky

Great Fighters, Lightnings Were Used For Much More Than That

The P-38 Lighting is one of the most recognized fighter planes of World War II, mostly due to its distinctive design. Sporting twin booms, its combat record and design earned these warbirds the nickname ‘fork-tailed devil.’ Used mostly in the Pacific Theater, Lightnings were also used in the China-Burma-India Theater as well as the European Theater.

“In the Pacific however, Lightnings claimed more Japanese aircraft than any other fighter.” -Narrator

During the later stages of war however, Lightings were used for different purposes. When Thunderbolts and Mustangs arrived, they were used to a greater extent because of their range and armament, thus casting a slight shadow on the Lightnings.

As the narrator mentions, at that time their cargo capabilities were utilized. Once cargo and personnel pods were developed, they were attached to Lightnings to be used as transport.

Also, they were used as air ambulances as well. With modified drop tanks, they carried two stretchers in order to airlift casualties and fly them to medical facilities. There were also other applications for these warbirds as well, so enjoy the video and learn something new!