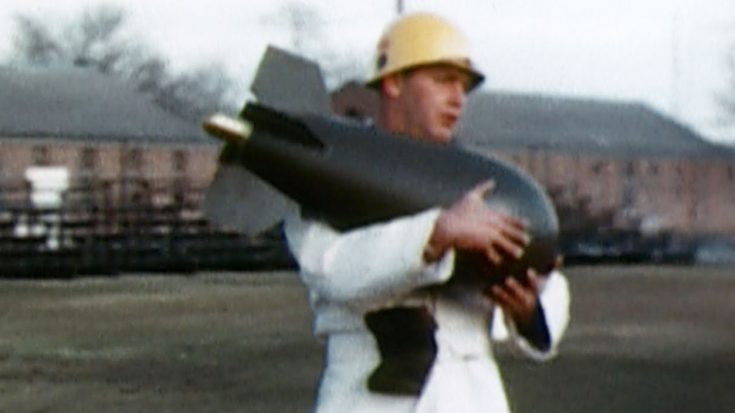 Secrets of the Arsenal

The result was the development of a small, powerful, portable nuclear warhead, the W54. The small nuke earned the nickname “Davey Crockett” was intended for by ground troops and operated via rocket launcher.

“The test seen up top had a yield equivalent of 18 tons of TNT, coming from a warhead that weighed only a little more than 50 pounds. Later, a variant of the warhead saw use in the Special Atomic Demolition Munition, also known as the backpack nuke.”

A portable nuclear warhead was an incredible development for United State Military, however, it had a major flaw. The firing range of the W54’s rocket was a mere three miles, exposing its own gunner to radiation. Despite the flaws the Davey Crockett helped to avoid nuclear conflict by simply acting as a threat against the Soviets. Footage from the original W54 detonation in Nevada can be viewed in this clip.