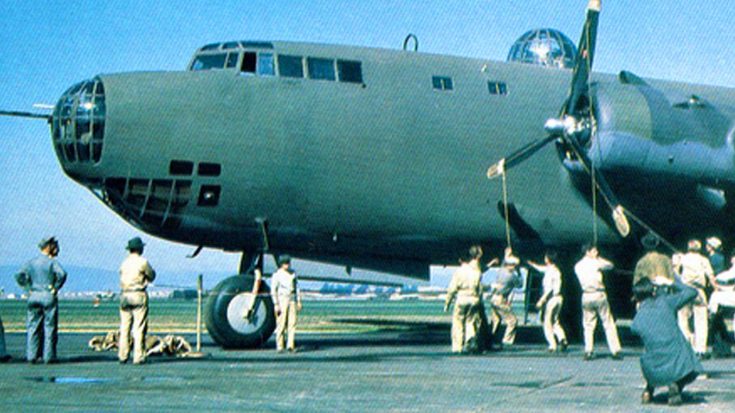 Bombers provided had one of the most difficult jobs of WWII as the big heavy hitters. In the years before WWII, the United States was already hard at work developing bombings bigger and better than ever before. They succeeded in creating the biggest bomber in the world that dwarfed all over WWII-era planes, the Douglas XB-19.

The project first began in 1935 as an experimental long-range bomber with the ability to fly from the United States to Europe without refueling. Although the XB-19 could carry a massive payload it was not without its limitations. The speed was an issue because it was so slow that make itself an easy target for fighters and anti-aircraft guns in combat zones. The other problem was the price of the project as well as the lengthy development time.

“The aircraft took long enough to be developed that several replacements were already being worked on such as the B-35 flying wing and the B-36 mega bomber. This in addition to the aircraft’s slow speed showed that it wouldn’t be survivable in combat.”

It remained the world’s biggest plane until the Convair B-36 was introduced in 1946. Bigger isn’t always better and smaller bombers were proven to be more effective and cheaper than the XB-19. It was still one for the record books for a short time and as you can see in this archival footage it was a crowd pleaser.