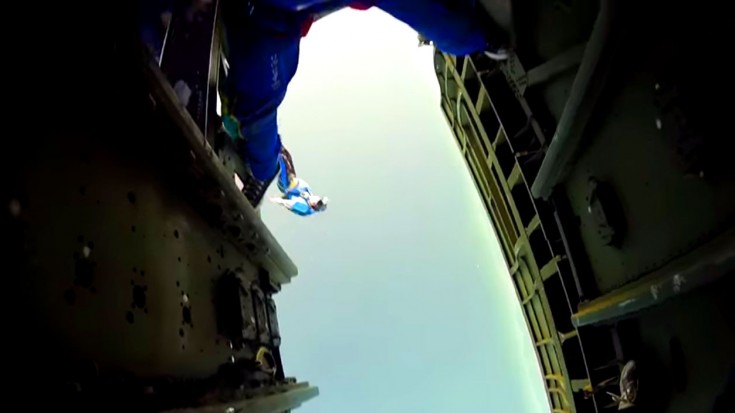 That’s One Way To Get Out Of A Bomber

B-17 Flying Fortresses are rare nowadays, with only 11 airworthy examples flying as of this writing. While spectacular to see one flying during an airshow or even on static display, there is a B-17 that does something extra special. Collings Foundation’s Nine-O-Nine is sometimes used to drop skydivers! Not only is skydiving a thrill to begin with, getting to drop out of the bomb bay of such a historic plane is just icing on the cake.

This B-17 was actually used and survived three nuclear test explosions and needed to be set aside for 13 years to ‘cool down’.

This particular B-17 was build in 1945, but did not see any World War II combat. Until it was acquired by the Collings Foundation and housed in Stowe, Massachusetts, she served in the Military Air Transport Service and has been used as a test plane in nuclear testing. Nowadays, she just flies around showing off and like you’ll see in this video, sometimes drops people out of her bomb bay!