This American Veteran Crisis Story Will Have You Outraged 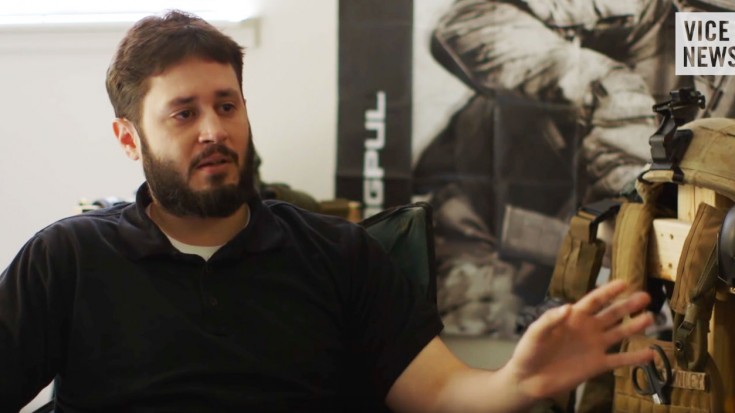 There Are Really No Words To Describe This.

We’ve all heard it before. The government is not doing a good job helping soldiers who come back after deployment. Those who have been injured in the field are often left on the sidelines and are constantly told that they’re next in line to receive care. Some of them never really do. Here’s a story that’ll put proof behind these statements.

Vice, a print and online magazine that “focuses on arts, culture and news topics” are phenomenal at showcasing honest, non-bias reporting pieces. Very often, their monthly reports are theme based and in this particular one it was veterans. As investigative journalists, Vice sent Gianna Toboni to do a story about a Marine who was injured in Iraq.

Curtis Shanley joined the Marines at the young age of 19 and served two deployments as an infantry man. “Loving every minute of it” as he put it, he wanted to serve and served well. He hurt his back while patrolling the dangerous streets of Baghdad however, a condition that only worsened with time.

Not able to go to the medic as he wasn’t shot and was “just boots on the ground,” he suffered through the ordeal until he got home. It was then that his condition significantly worsened but he was simply given addictive pills which changed his mood, all the while the VA doctors were telling him his back was fine.

It was only after he went to a private doctor and Vice took an interest in his case that his condition was exposed. This heartbreaking story  of a man who gave his all shows how this system is flawed. Share it with anyone you can so we could possibly do something about it. Hopefully the more people know about this and get outraged the more pressure there will be on the government to do something about it.

No matter what your feelings are about the war and/or politics, our soldiers who put their lives in front of ours deserve care. They’re warriors who do what most of us won’t. They deserve at least that.

As Curtis put it, “I’m a young man, I’m capable of working. Just make me so I can work. That’s all I want.”