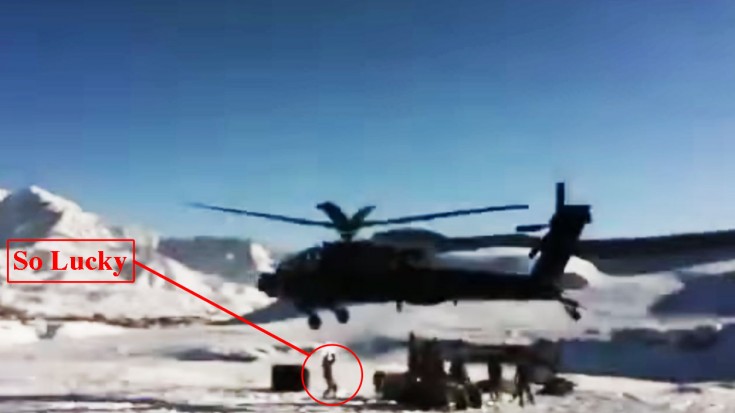 Luckily There Were Only Minor Injuries

On February 6th, 2012, an Ah-64 Apache flying in the hills of Paktika province, Afghanistan performed what’s called a ‘return to target’ maneuver. What this entails is a low swoop with a 180 degree turn into another low swoop. Although a standard maneuver, flying in Afghanistan is a bit different. With air density and temperature constantly fluctuating making it harder to fly helicopters, this pilot, unfortunately, learned it the hard way.

Apache helicopters were designed by Hughes Helicopters in 1974 and are still effective attack helicopters used to this day.

Caught on camera by a soldier stationed there, the footage shows a spectacular low pass over the barracks. With the cameraman yelling with excitement in the background, you can see the Apache swinging around. That’s when the trouble begins. You’ll see the chopper quickly losing altitude and slam into the ground, later tumbling over in the distance. Luckily, the crew suffered just minor injuries and no personnel was hurt on the ground. Although the machine couldn’t be salvaged, it was still a good day in the end.