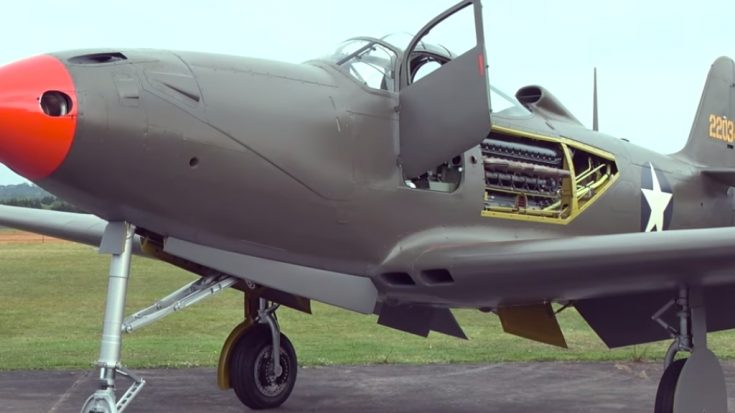 Pioneer Aero Limited in Auckland, New Zealand, is doing amazing work restoring some of WWII’s rarest aircraft. Here we have the Bell P-39 Airacobra. With just a few finishing touches left, it’s about to become the third airworthy one in existence – and it looks great!

Innovatively designed, the Bell P-39 Airacobra had its Allison V-1710 engine placed in the center fuselage behind the pilot. The Airacobra was all-metal, low-winged, and fitted with a tricycle undercarriage. However, its absence of a turbo-supercharger caused it to be rejected by the RAF over Europe where it was crucial for planes to perform at high altitude. Most were transferred to the Soviet Union. Some, like the one in Pioneer Aero Limited’s care, found themselves in the South West Pacific Theater.

Paul McSweeny, the Director of Pioneer Aero Limited, explains all about the acquisition and restoration process of the plane. It had been one of four forced to land at Cape York in Australia due to bad weather and low fuel. It stayed there for decades until it was picked up by Precision Aerospace in the 1970s. Finally, in 2015, the Aerocobra came to New Zealand after the unfortunate demise of Precision Aerospace’s owner.

Largely complete already, it was still a difficult beast to work on. As McSweeney puts it, some of the unique features “added complexity” to the project. But it looks like it was all worth it in the end, as the beautiful bird is on the verge of getting back up in the air once more. Can’t wait to see her fly!

The video below is long, but well worth the watch to learn more about this intriguing plane and other upcoming projects.