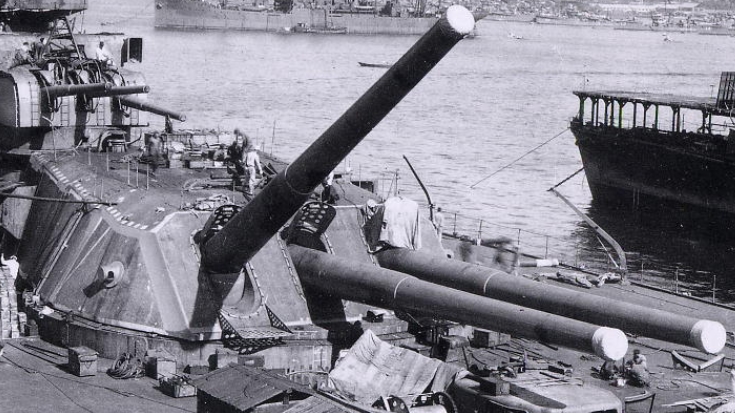 Size of the Boat.

During World War II, American battleships had to fight in the Atlantic and the Pacific, so their size was limited by the ability to travel through the Panama Canal. Japanese Battleships, on the other hand, were restricted by travel through narrow canals and could be much bigger. In fact, the Yamato-class battleships had so many guns that they weighed more than some American vessels.

After withdrawing from the Washington Naval Treaty, Imperial Japan was free to construct naval vessels of any size they wanted. The result of that was the creation of the Yamato-class Battleships, among the biggest naval vessels of WWII. Boasting a length of 862 feet and a beam of 127 feet, the Yamato had room to move. But more importantly, it had room to fire.

The combined weight of the Yamato’s guns was more than that of an Iowa-Class Battleship. The size of those guns was enough to propel a car-sized projectile a distance of over 20 miles. Normally the recoil of such a blast would capsize the ship, but due to the Yamato’s size, it could fire without fear of tipping over.

In the end, the massive armament of the Yamato did not bring it much success during the war. Due to excessive fuel consumption, it stayed docked for most of WWII. During its final battle against the Allied Forces, the Yamato succumbed to repeated bombing strikes and exploded into a fireball that stretched into the sky. Today I Found Out covers the story of the Yamato and goes into deeper detail on its massive armament in this video.