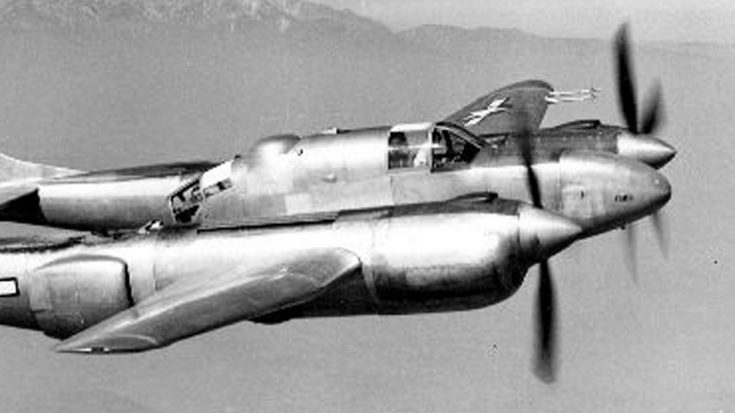 Lockheed’s P-38 Lighting established itself as a formidable fighter and bomber escort as soon as it entered World War II in 1941. It was used in every theater of the war and for that reason they were produced continuously throughout the war with over 10,000 rolling off factory floors.

Seeing its success, Lockheed wanted to improve on their already stellar design. In 1940, just a year after P-38’s first test flight, Lockheed came up with the concept for the XP-58 Chain Lightning.

Going through numerous design changes, Lockheed eventually wound up with a “beefed up” looking Lightning. The fuselage was much larger and accommodated a crew of two,  had bigger fuel tanks to increase distance and even two turrets, one on the top and one on the bottom, for self-defense.

On the end, however, all the development was not enough for Lockheed to secure a contract. Underpowered and plagued with problems, the Chain Lighting was called a “maintenance nightmare” and the program was scrapped in 1944.

25 test flight were completed during the entire program, one of which there is footage of. You can see it below.