The Way They Trained WWII Paratroopers Was Really… 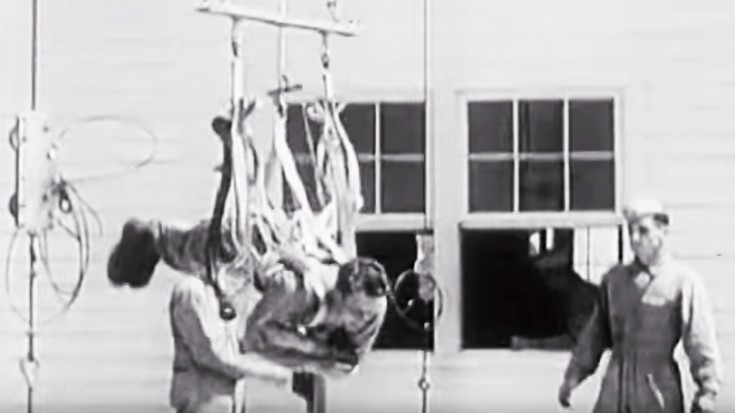 Once the fight was taken by the United States over to Europe during Operation Overlord, months of preparations were necessary to make it as successful as possible. Aside from the massive amount of troops that landed on the beaches in France, many paratroopers were dropped deep behind enemy lines. During the first wave, over 13,000 thousand were dropped in the morning of D-Day alone. To get them ready, they had to train to master this relatively new insertion technique.

During D-Day and beyond over 50,000 paratroopers were dropped from Douglas C-47 Skytrains, also known as Dakotas by the RAF.

This video was shown to all incoming paratroopers who had no idea what they were in for. Starting from the bottom, the video outlines what they would be going through over the next weeks. From basic obstacle training and strength building, they later learned what they should expect. From jumping to lading safely, these young men were taught what to expect and what to do in case of any emergency. Sadly, we now know that the mortality rate for paratroopers was extremely high, as the initial invasion scattered them all over occupied territory or got shot down in transit.