This Cockpit Blue Angels Video Will Make You Hold Your Breath 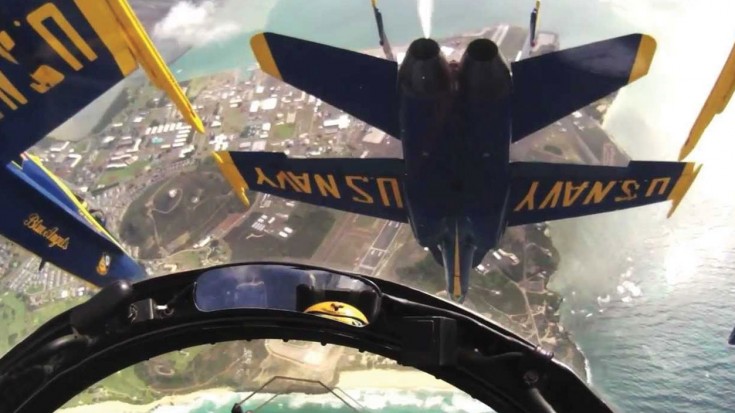 Check Out This Video If You Think Perfection Doesn’t Exist.

This awesome clip will show you a completely different perspective on one of the most polished airshow in existence. The Blue Angels have been displaying the power and discipline of the Navy since 1946 and have wowed spectators ever since. With 70 shows a year at over 34 locations within the United States, around 11 million people see them perform the best formation flying ever. What this awesome video shows you is not just exterior shots of the formations but also cockpit views that really drive home these pilot’s skills.

When the Blue Angels were formed in 1946, the first planes they used were Grumman F8F Bearcats which were produced slightly too late to see any action during World War II.

The Blue Angels fly six F/A-18 Hornets with the supporting aircraft being a C-130T Hercules. They practice their routine at NAF El Centro in California where they train twice per day, six days a week during off season and regularly between their shows. They start with great distances to get accustomed to their formations and over the course of training get closer and closer. The end result is what you’ll see in this video. This is as close to perfection as you can get!