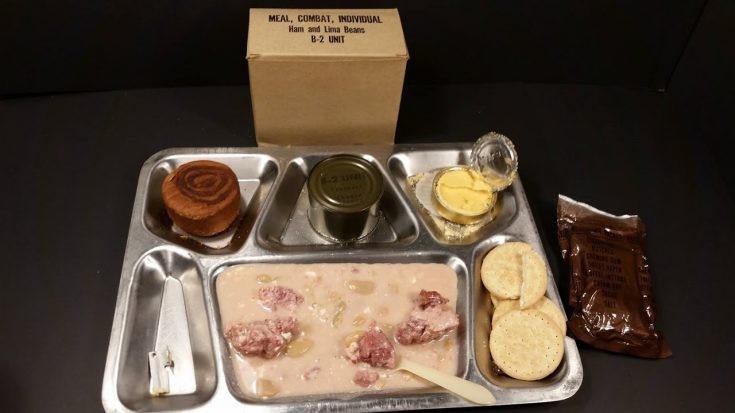 Hated For A Reason

The infamous Ham and Lima Beans ration gets a taste test from Steve1989MREInfo. Steve finally gets to see why everyone hated the ration during the war.

Opening the ham and lima beans alone proved to be a daunting task. The smell was unbearable, gnarly enough for Steve to wear a mask. It smelled so bad even he opted out of eating it; a rare sight for him. Not just that, even the pecan roll and cheese spread were rancid. The only redeemable things were the stale crackers, cigarettes, coffee, and gums.

There’s a reason why veterans hailed it as being the worst of the worst.