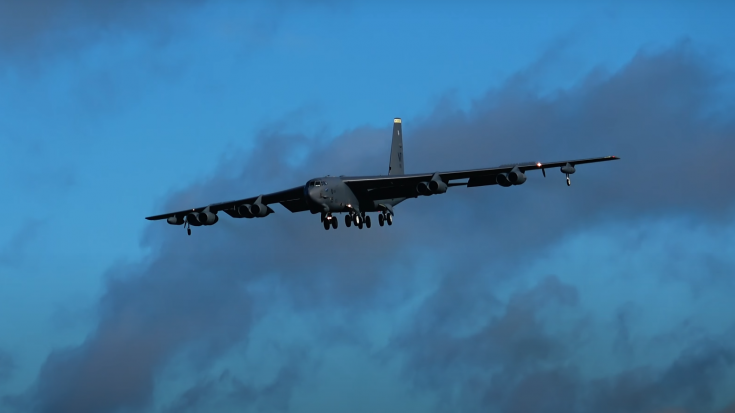 The skills these pilots must have to pull this off are tremendous. These B-52s are not easy to operate, especially in these conditions. Here we see two B-52s land at RAF Fairford due to Storm Eunice.

The first B-52 landed like poetry in motion. It approached the runway as smoothly as possible and landed perfectly like there were no crosswinds. For sure, that pilot felt proud of himself after that one.

It almost felt like these planes were gliding down the runway at first. The second B-52 managed to control its descent and successfully landed right after the first B-52.

What’s interesting is how the second B-52 landed. The angle of its wheels was not straight, due to the fact that B-52s can tilt the wheels and approach the runway in a crab-like fashion, making it easier to land in certain conditions.