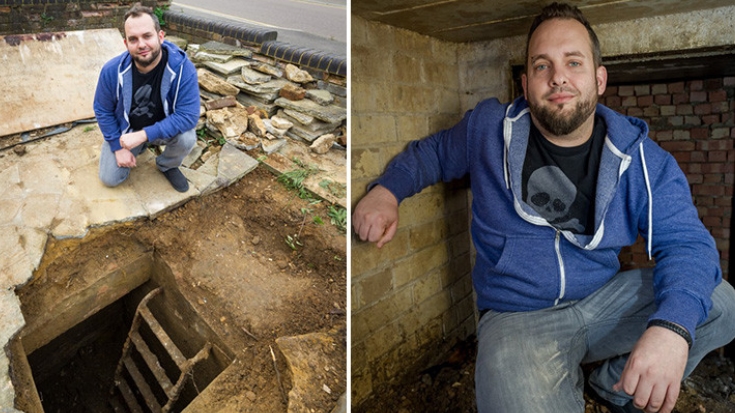 Simon Marks lives in an ordinary neighborhood in an ordinary home in Luton, England or so he thought. One day as he was moving his car out of the driveway he felt a bump and his car exposed a hole. At first, Simon thought that his house was going be engulfed by a sinkhole but a closer look showed a lost WWII relic.

“I thought it might be a sinkhole or a badly constructed garden.”

Simon moved some of the stones aside which revealed a larger opening with a ladder attached. Digging even further he found that this hole actually led to a WWII-era air raid shelter.

“It was so well structured with the concrete roof and the walls, it was quite clear what it was going to be. We googled other air raid shelters and they were all of a similar structure, so it clicked quite quickly what it was.”

Air raid shelters were quite common during the Battle of Britain as residents would find any sturdy structure available to avoid Luftwaffe bombings. It really is an intriguing discovery, check out the depths of the shelter as Simon continues his excavation in this video.