Unable To Serve In Vietnam, He Learned To Play The Trumpet To Honor His Fallen Brothers 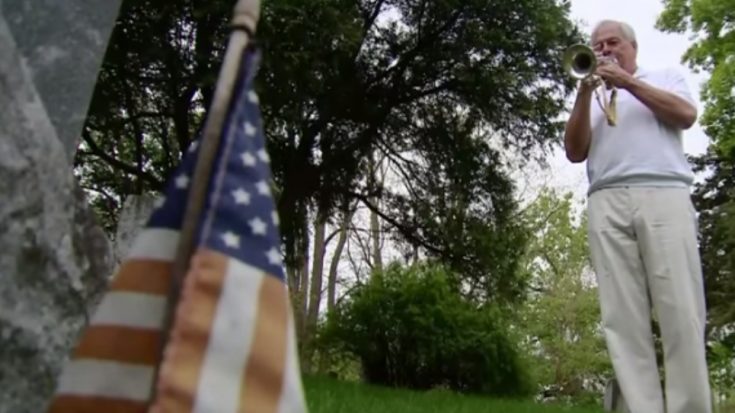 Gary Marquardt has had survivor’s guilt ever since the drafting days of Vietnam. Deemed unfit to serve thanks to a bleeding ulcer, he watched from the sidelines as many of his friends never made it back home.

“I think ashamed is the word,” he says. “I was ashamed I was happy I didn’t have to go.” -Gary Marquardt

But then one day, Gary, a man in his 60s, attended a military funeral., but something about it was off to him. The bugle taps were being played from a recording. Suddenly, he had an idea.

Marquardt immediately walked into a music store to purchase a bugle. His vision was clear – he may not have served, but he could be the guy to provide this one small service at the graves of those who gave their all.

There was just one problem – Marquardt had never played before. And he wasn’t terribly good at it to begin with. You might have even called him the terror of the neighborhood in Excelsior, Minnesota.

His wife Joan was supportive but honest. “It was awful.”

A Story Of Perseverance And Honor

But Marquardt persevered and eventually overcame the terrible squeaks and whines of his infamous practice sessions. Since then, he has played nearly every day at the graves of veterans, saying their names and leaving behind a symbolic penny.

Today he is an inspiration. Every evening he is home, his neighbors will stop and listen as Marquardt emerges on his deck, faces the setting sun over the lake, and closes the day with taps.

He may not have served in Vietnam,  but Gary Marquardt truly embodies the spirits of those who did. He plays with heart.

Check out his story in the video below.