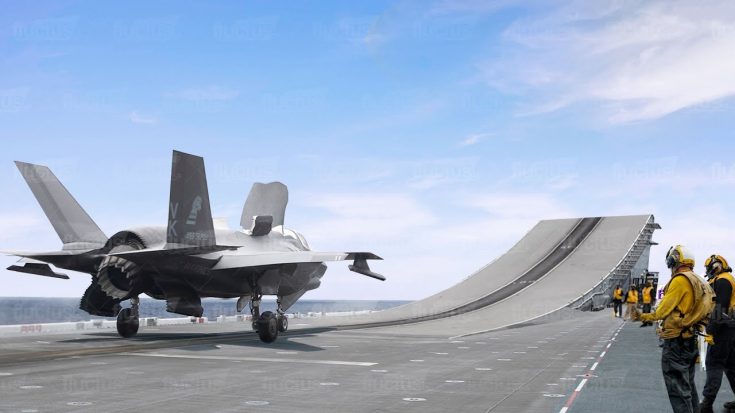 In 2020, the HMS Queen Elizabeth of the Royal Navy hosted the American F-35s as part of a joint exercise between the US Marines and the Royal Navy.

The Marines’ F-35B variant took off using a ski jump and the carrier’s runway. However, this wasn’t the first time the F-35B was under such conditions. In 2015, the variant underwent tests at the Patuxent River with test conditions mimicking the carrier’s characteristics.

Another test aboard the USS America was also done but without the ski jump. Much like the tests done in 2020 and 2015, tests on the amphibious assault ship gave excellent results.

While the Marines operate the B variant, the US Navy has embraced the C variant. The Navy’s F-35 has bigger wings with increased range and payload. It can also fold a part of its wings and is fitted with a tail hook – perfect for carrier operations.