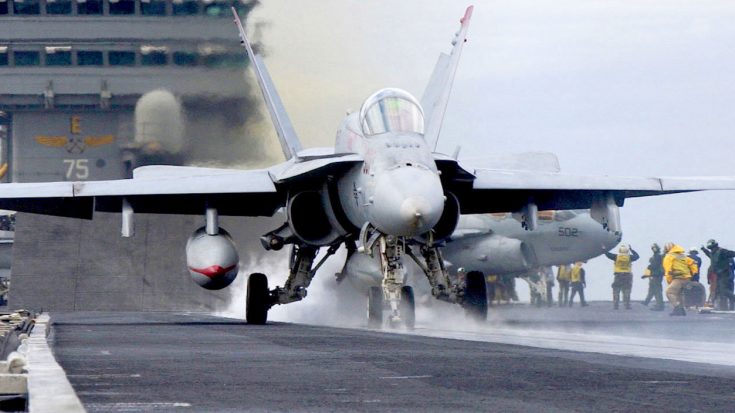 The F-18 Hornet has been a reliable fighter but now facing retirement in the US Navy. Many of the Navy’s F-18s are over 30 years old, far past their life expectancy. Originally they planned to phase out the Hornet in favor of the F-35, but production delays have left a void. To fill that void the US Navy has opted to purchase F-18 Super Hornets.

Dozens of Super Hornets will be brought aboard Navy carriers which are faced with high maintenance costs on older fighters. Although the Navy still intends to purchase F-35s for the being a replacement is needed for their aging fighter jets. The F-18 Super Hornet is a suitable upgrade and can be adapted into a variety of roles including combat, refueling, radar jamming and reconnaissance.

“To decrease the strike fighter shortfall and to best prepare future air wings for likely threats we will soon divest from legacy Hornets, look to buy several squadrons worth of Super Hornets and continue with efforts to bring on the F-35 carrier variant.”

This move comes as another blow to Lockheed-Martin’s F-35 which recently saw its first cancellation from the Canadian Government and purchased Super Hornets instead. This video from The Joint Forces Channel demonstrates the differences between the F-18 Hornet and the F-18 Super Hornet.