US Navy’s Gigantic Supercarrier Launches Into Action – One Hell Of A High Speed Turn! 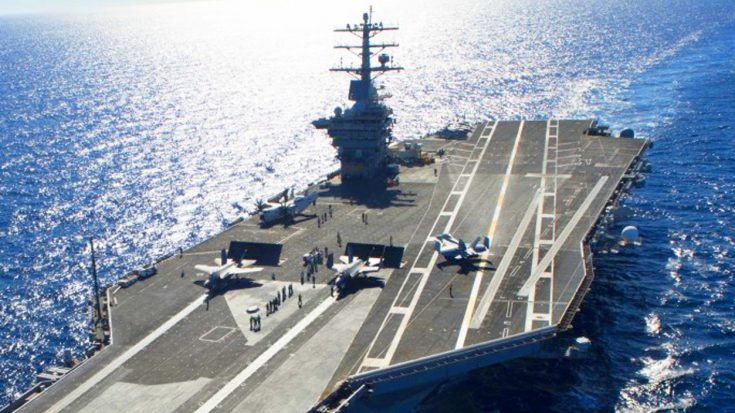 The USS Gerald Ford recently made its debut as the first of its class Supercarrier that will lead the US Navy into a bright future. Now it is the biggest vessel in the US Navy, this massive floating city has made its way out for testing in Builders Sea Trials (BST). After spending a week on the high seas the USS Gerald Ford has proven its worth and begin the next leap forward before joining the fleet in September.

“The Navy and our industry partners are excited to have the future USS Gerald R. Ford underway under her own power for the first time, executing a rigorous and comprehensive test program for this first-of-class ship.”

The Builds Sea Trials encompassed everything from aircraft detection to sharp high-speed turns out at sea. The next main tests will focus on flight operations with a variety of aircraft to ensure the USS Gerald Ford suits its primary mission. Without further delay see what all the hard work of these Naval engineers has accomplished as they take the USS Gerald Ford out for a spin.