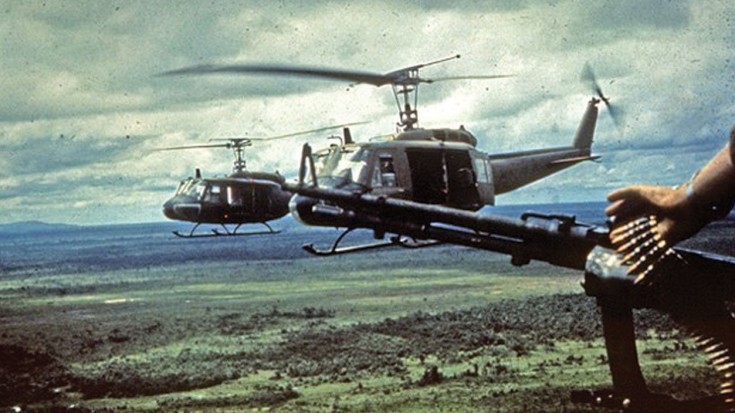 Almost Every Sentence Is Epic.

This is just a classic example of the guys above taking care of the guys below. Whether it be World War II soldiers getting bailed out by a strafing P-47 or our troops now getting covered by an A-10, one fact stays the same. All the pilots in the supporting aircraft above them care deeply for their survival, even when putting themselves at great risks.

This is one such incredible story which comes to us from Vietnam. Mark Garrison, a helo pilot who took part in this mission, managed to find a recording of what transpired that day.

On March 30th, 1969, 125 US infantry troops were surrounded by more than 2,000 enemy soldiers on Plei Trap Valley. Pilots codenamed Pigpen and Waldo were around, but were waved off by command deeming the area too hot for engagement.

They however, didn’t leave without putting up a fight. With their fellow soldiers lives at stake, they hovered over the LZ trying to push the enemy back, who in return riddled them with bullets and other “exploding type rockets.”

The whole clip is about 2 minutes long but we’ll encourage you not to skip around. Every word of the exchange between Waldo and Pigpen is priceless, showing not only bravery and determination, but a cool headedness you’d never expect from a civilian. Plus, some of the comments are actually pretty funny.