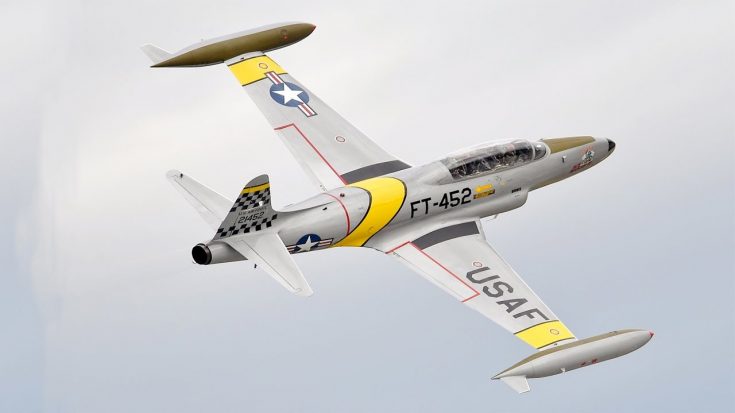 Lockheed T-33 Shooting Stars were America’s subsonic jet trainer of the 50s. This aircraft was used for the Undergraduate Pilot Training program before the Northrop T-38 Talon phased it out.

The 38-ft long two-seat trainer had a cruise speed of 455 mph and a maximum speed of 600 mph. Moreover, its Allison J33 centrifugal flow turbojet was rated at 5,400 lbf with water injection during take-off – or 4,600 lbf continuously while dry.

Other T-33s retained their two machine guns from their previous P-80 design for gunnery training. Meanwhile, the Cuban Air Force also successfully used them during the Bay of Pigs Invasion, sinking two transport ships and downing other types of vehicles.