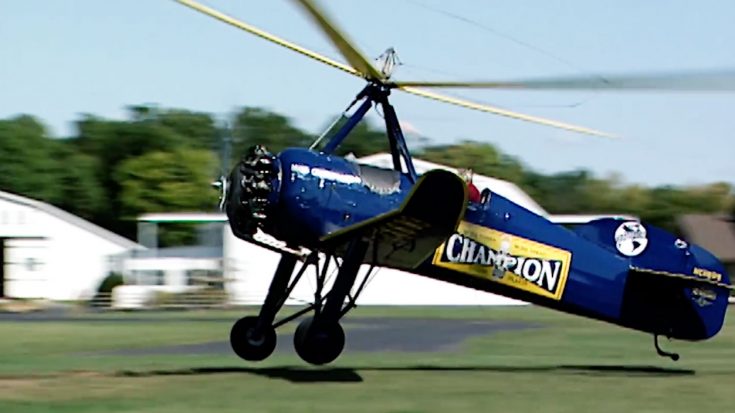 The Only One In The World.

Seriously, talk about a rare sight. We here at World War Wings had no idea that this aircraft has been hanging out at the EAA AirVenture Museum since 2005 and is occasionally flown during events. Such is the case in the video below.

As a little background, the PCA-2 was the first autogyro aircraft to see moderate production in the United States. As for autogyros, they’re simply a craft that uses the engine driven propeller in the front to rotate the rotor blades up to which are not engine powered. This helps it generate lift and travel at slower speeds.

This particular model first flew in 1931 and from what we could find, there were only about 20 to 30 of them produced. As of this writing, only a few still survive at museums.

The one you’re about to see is the only airworthy one in the world, however. It actually pretty neat to see this thing fly as the idea of autogyros is not that popular for civilian or military applications. There are people who build and fly them for fun in experimental circles, but it’s just not something you see every day, that’s for sure.