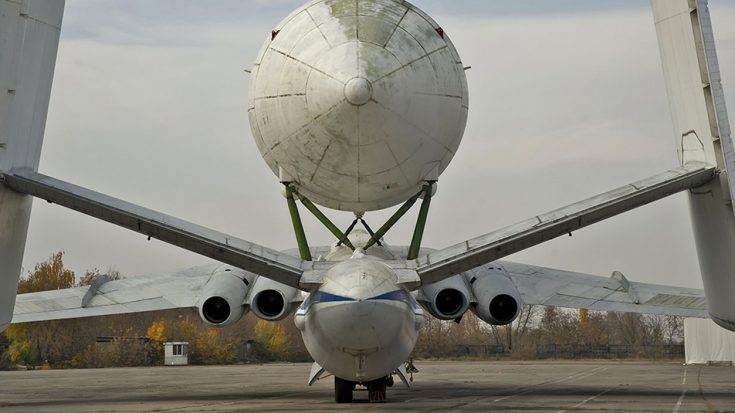 We,  like you, our readers, love finding something new especially when it comes to aviation. Although we did know Russian’s, or the Soviet’s in this case, always had designs that were really out there, we’ve never seen this particular aircraft. Not only that, we found actual footage of it taking off with a full load on top.

This unique looking aircraft was first built by the Soviet Union in 1953. It was a four-engined strategic bomber and served in their air force and navy until 1994 and was nicknamed Bison by NATO forces.

The Soviets built 93 of these aircraft but did convert two to the variant you’ll see in the video below.

In 1982, the Soviet Union needed a strategic-airlift aircraft in order to transport rocket boosters and space shuttles as the Cold War was in full swing.  As opposed to building a whole new airframe, they repurposed the M-4 for this task.

As you can tell by the pictures above, they changed the horizontal stabilizers with giant tailfins to balance out the massive payloads the aircraft was meant to carry and it worked out quite well. Later on, these airframes were replaced by Antonov’s An-225 to carry out the same task in 1989, which to this day is the heaviest aircraft ever built.