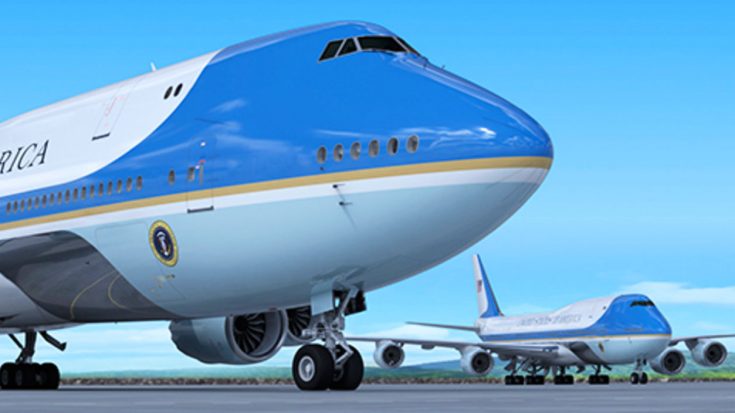 The Next Generation Of Presidential Aircraft.

Ever since Donald Trump announced his run for the presidency he promised to focus on the business side of the government. Wasteful spending is rampant in any form of capitalism and deals are made with companies for prices that are barely negotiated. As soon as the now President Trump opened up his Twitter account, he said he’ll try to bring an end to that.

Coincidently, the current Air Force Ones are at the end of their service life. The 747-200Bs presidents currently fly have been around since the 90s and the Air Force has been looking for bids for replacements for a few years now. The frontrunner was Boeing of course, and back in 2016 threw in a bid for two new 747-8s for $4 billion dollars. Trump then tweeted,

Boeing is building a brand new 747 Air Force One for future presidents, but costs are out of control, more than $4 billion. Cancel order!

Fast forward two years, things are getting really serious about replacing the aging fleet and things just took a giant step forward. President Trump himself (according to various sources) got involved with the negotiations with Boeing and brought the price down to a “$3.9 billion fixed-price contract” for the two new aircraft. They will, in fact, be the new, state of the art Boeing 747-8s with massive upgrades as you can imagine (the picture below is a rendering of what might be the final product.)

Boeing immediately took to Twitter with the following statement,

Boeing is proud to build the next generation of Air Force One, providing American Presidents with a flying White House at outstanding value to taxpayers. President Trump negotiated a good deal on behalf of the American people. pic.twitter.com/m0HtGfXVlv

The above picture is the stock version of the 747-8 Boeing is currently producing. The aircraft carries a price tag of about $390 million USD in this configuration. The much higher price of Air Force One is due to the fact that nearly the entire fuselage is gutted and specially designed with presidential and staff functions in mind.

Here’s a short animation which will walk you through the different features of the current Air Force One. These are the things we’re allowed to know of course, as the true features and gadgets of the aircraft are classified. It will show you, however, why these aircraft are so expensive. It’s not the cost of the aircraft themselves, but all the bells and whistles that make them a White House in the sky and their ability to sustain life onboard for extended periods of time if the need ever arose.