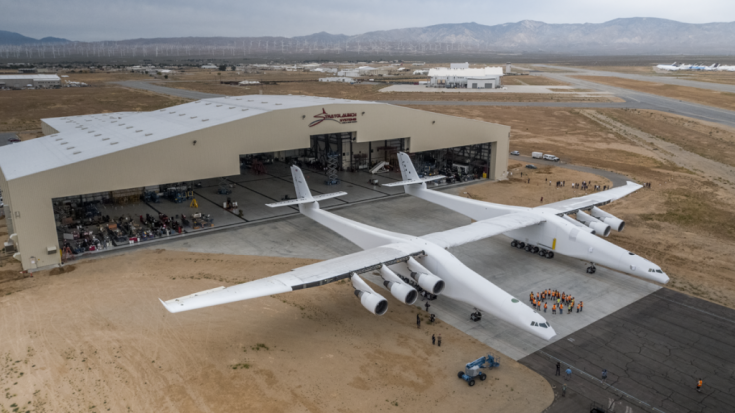 It is hard not to be impressed by the size of the Stratolaunch as it emerges from its hangar at the Mojave Air & Space Port. Yet, not everyone is impressed by this massive jet and some have doubts that it will actually fly. However, the naysayers have been silenced against as the Stratolaunch project made advanced towards the skies.

Every little bit is progress and the Stratolaunch has few more to take until it reaches the skies. But the Stratolaunch did successfully complete a new record speed while taxiing. After revving up its six massive Rolls-Royce engines, the world’s biggest plane reached a maximum speed of 90 mph on the runway.

“The aircraft underwent medium-speed taxi tests, reaching 80 mph (128 km/h), and hitting “a maximum of 90 mph during the test series.”

Watch footage of the team hitting a series of milestones last week: https://t.co/KmL7ayKirF

Sadly Stratolaunch Founder Paul Allen did not live to see this recent test after losing his battle with non-Hodgkin’s lymphoma. Despite his passing, the project moves forward aiming to be the definitive platform to launch satellites into space. Video of the Stratolaunch reaching its new record speed can be viewed in this short video clip.