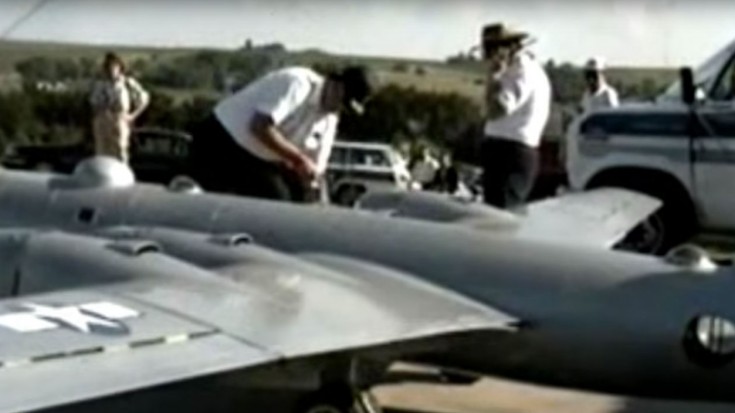 The Boeing B-29 Bomber often called “The Superfortress” was the biggest aircraft used by the Allied Forces during World War II. Equipped with a ten-ton payload, four computer-assisted machine gun turrets and reaching speeds of over 350 miles per hour the Superfortress was a weapon of war that few enemies could handle.

The B-29 even played a vital role in ending WWII as the plane of choice to drop the atomic bomb on the cities of Hiroshima and Nagasaki. After solidifying its place in history the Superfortress established a cult following among aircraft aficionados including a few at the Iowa Aviation Heritage Museum who created one of their own.

Often touted as the World’s Largest Remote Control Airplane the Byron B-29 is 237.5 inches in length, has a 339-inch wingspan and weighs a staggering 400 pounds. In total this remote control plane is a 1:5 scale model of a real B-29 bomber and can cost upwards of $50,000. The men from the Iowa Aviation Heritage Museum took it for a spin and they did not get the results they hoping to achieve.